Is tatsoi the same as bok choy?

No, but the two are very similar and generally fairly interchangeable.

Can you eat tatsoi raw?

Absolutely! While it's more commonly cooked, tatsoi makes a crisp and flavourful salad green, with a pleasant and generally mild mustard-like bite.

Choose - look for bright, fresh looking tatsoi without any obvious dents on the stalks or discoloration on the leaves.  Try to avoid stems that look particularly floppy or wilted, or with an overly translucent appearance.  Avoid leaves with yellow edges - these will be bitter.  Try to avoid tatsoi with lots of small holes or chewed sections on the leaves as these may be signs of insect damage.

You'll generally encounter tatsoi without a central stem portion, but you may occasionally find heads with a stalk in the center.  This feature becomes prominent when the plant begins setting flowers - before this point, it tends to grow in a loose 'head' rather like bok choy or celery.  You can use tatsoi that's developed a central stalk, but note that these plants are more mature and generally going to be somewhat more bitter, tougher, and mustard-y.

Prep - Tatsoi heads, unlike baby bok choy or choy sum, are generally too large to use whole. It is often halved or quartered lengthwise before cooking, or separated into individual stems.  The stems themselves are quite long and could be cut into smaller pieces, however they're do reduce in size considerably when cooked.  Unlike most bok choy, the dense 'heart' section at the base of the stem region is quite small.  It can be trimmed off or cooked as-is without any special preparation.

Use - Tatsoi can be eaten raw or cooked using a variety of methods.

Tatsoi is mild and tender, and care should be taken to avoid over-cooking it. If it's chopped or in small pieces (e.g. in a stew or dumpling) this is less of an issue, but if it is left more-or-less whole, you'll want to ensure that it doesn't get overcooked to the point of falling apart or losing its vibrant green colour. Shorter cooking times are better, and methods like blanching often yield the best results.

Young tatsoi is soft even when compared to bok choy, which makes it somewhat less popular for high-heat methods like stir-frying, and more popular for delicate cooking methods.  Nonetheless, virtually any method can be used as long as the short cooking-time is taken into consideration.

Back to How-To
Back to Culinary Info
As of 2019 there is no GMO tatsoi in the food supply, however it is a monitored for potential cross-pollination with GM/GE crops. This means that tatsoi is considered to be at some risk for accidental contamination through incidental cross-breeding with GMO relatives that are in commercial production. All vegetables from this species (Brassica rapa) as well as several related plants in the mustard family are monitored for this type of contamination, and are tested regularly by non-GMO watch groups.

Tatsoi is an extremely healthy, nutrient-dense food, and it offers at least one benefit over some other leafy vegetables - it lacks the oxalate found in spinach, chard, and some other green vegetables. Oxalate (generally in the form of oxalic acid) is found in many foods, and is not in and of itself a problem; however it can bind calcium and, in doing so, become the principal component of kidney stones. People who suffer from kidney disorders, gout, rheumatoid arthritis, and certain types of vulvodynia are encouraged to avoid high levels of oxalate, making tatsoi an excellent choice.

Tatsoi, is a member of the family Brassicaceae (the cabbage and mustard family), a group often referred to as the cruciferous vegetables. Members of this family contains chemical components called glucosinolates, which are responsible for giving these plants their distinctive, pungent scent. These compounds have interesting effects in the human body. At normal levels (i.e. those achieved by consuming cruciferous vegetables as part of a balanced, vegetable-rich diet) they are believed to have some cancer-protective benefits. At unusually high levels (i.e. those achieved by eating extreme quantities of raw cruciferous vegetables, on the order of kilograms per day), glucosinolates can interfere with thyroid function, causing serious illness or even death. While there is at least one reported case of a person effectively overdosing on tatsoi's close relative bok choy (an elderly diabetic woman who ate 1-1.5 kg of raw bok choy per day), it is worth noting that including tatsoi in a normal, balanced diet is far more likely to have positive health benefits than negative ones. If you have a thyroid condition and you have any questions about eating tatsoi or other cruciferous vegetables, consult with a medical professional. How to Stir-Fry Chinese Greens How To Braise Chinese Greens 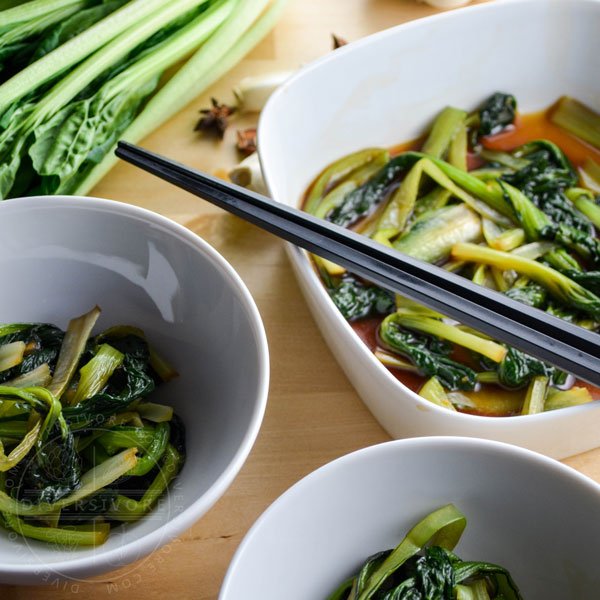 How to Blanch and Dress Chinese Greens 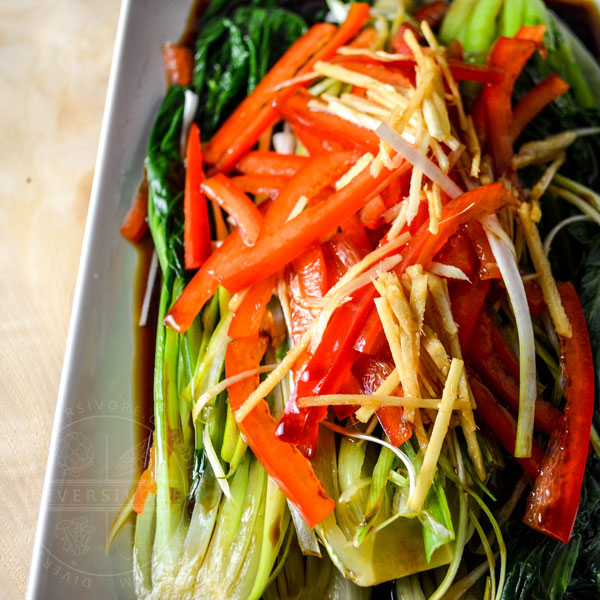