What Can I Substitute?

In terms of flavour, nothing.  The taste is quite distinctive.  Spinach is relatively similar to the leaves in cooking terms, but completely different in flavour.

Can I Eat the Flowers?

Yes, absolutely! The entire above-ground portion of the plant is edible.  In general you're only likely to encounter the the small, unopened flowers on the younger stalks sold in grocery stores, and these can be cooked right along with everything else.

Can I Eat Any Kind of Chrysanthemum?

No. All chrysanthemum flowers are edible (though these vary in flavour), but the greens of other decorative chrysanthemum varieties are generally considered inedible (or at least not worth eating).

Can I Eat it Raw?

Yes, though this is definitely a less common choice.  The flavour is likely to be considered a bit too intense for most raw applications, though very small/young leaves are peppery and mild.

Using It - As garland chrysanthemum gets older, its flavour becomes more and more pronounced. This flavour is tempered by cooking, and as such, the leaves are almost always cooked in some fashion. That being said, very young, tender shoots are sometimes eaten raw or very lightly cooked.

When cooking garland chrysanthemum, you'll want to take the age and size of the leaves into account. Young, tender leaves will have a milder flavour and will require a shorting cooking time. Older, tougher leaves will need to be cooked longer and will impart a stronger flavour to a dish.

While a number of cooking methods can yield excellent results, garland chrysanthemum is most commonly blanched or included in stews and soups. Other methods can be used as well, though you may wish to take the different cooking times between the leaves and the more robust stalks into consideration. If the stalks and leaves are chopped separately, the stalks can be added to a wok/pan/pot first and cooked a little longer than the leaves. Braising tends to yield good results as well.

Flavour Notes - The flavour of garland chrysanthemum greens can be a little difficult to describe - mainly because the best comparison is to say that they taste like a leafy green mixed with chrysanthemum. This might sound a little meaningless unless you've had chrysanthemum teas or tisanes, but suffice it to say that the semi-floral flavour is much more distinctive than what you'd find in many mild salad greens. While the flavour is distinctive and relatively strong, it is by no means overwhelming. The stalks and larger leaves are fairly textural, holding up well to cooking and retaining good flavour. Older leaves and stalks will have a more pronounced and more aggressive flavour, while very young greens are comparatively mild (to the point that they can even be used raw in salads and the like).

Because the unique flavour of garland chrysanthemum holds up well to cooking (even in broths and liquids) it is a very popular green in Asian hot pots and stews.

Pairing Notes - Garland chrysanthemum is not quite as versatile as some of the other Asian vegetables (e.g. bok choy, choy sum) primarily because its flavour is stronger and more distinctive. That being said, its ability to add flavour to stocks (etc.) makes it an excellent companion to tofu and mild vegetables. It also works well alongside earthy ingredients like mushrooms and root vegetables. A wide variety of meats can be found alongside garland chrysanthemum in the aforementioned stews/hotpots/etc. While these types of dishes are most common, there are some interesting examples of dishes that combine chrysanthemum leaves with less familiar partners. For example, Taiwanese and Fujianese night markets famously produce a very popular oyster omelette featuring garland chrysanthemum leaves.

There are two prominent varieties of garland chrysanthemum. Availability may vary commercially, though both are commonly found in seed form for the eager home gardener.

Small Leaf - the most commonly found variety, and the type show in the header images above. This variety is especially popular in Japan. The leaves are serrated, deeply incised, and somewhat fern-like in appearance. Leaves tend to be fairly dark green, thick and succulent.

Large or Round Leaf - this variety has long been popular in China. The leaves are broader and not as deeply incised (in some cases rather round overall), somewhat resembling long oak leaves. Leaves tend to be a bit brighter in colour than the small leaf variety.

So-called "intermediate" varieties can also be found, though the distinction is somewhat vague. One variety in particular - the Taiwanese "Tiger Ear" is worth noting because it is renowned both for its distinctive flavour and for its ease of cultivation.

It is also worth noting the difference between young and more mature leaves on the same plant (or from the same seeds) - very young or very small leaves tend to be mildly floral and slightly peppery, while larger/older leaves have a much more pronounced flavour.

Garland chrysanthemum is extremely high in Vitamin K, though this is generally not indicated in basic nutritional profiles (like the one above).  The plant contains around 350 mcg of Vitamin K per 100 g - a considerable amount given that the daily recommended minimum is 90 mcg for women and 120 mcg for men.

Unlike some other greens, garland chrysanthemum is not particularly high in Vitamins A or C, though it does contain a moderate amount of iron.

GMO Note - There is no genetically modified garland chrysanthemum/tong ho available at any commercial level in any country or in any experimental settings.

It is worth noting that chrysanthemums are one of the most commercially important ornamental flowers on Earth, and there genetically modified varieties primarily aimed at changing blossom colour or conferring disease resistance that have been developed for use in research settings. Some of these may see future commercial distribution within the floral industry; however any plants that are so-used must meet strict conditions set out in the Cartagena Protocol to prevent cross-pollination or contamination with wild species or those used for food.

Organic vs. Conventional Growing - On a commercial scale, conventionally grown garland chrysanthemum is far more common than organic at this time, though though organic seeds are readily available to the home gardener.

Garland chrysanthemum is very easy to grow, and generally requires very pesticides.  Its status as a relatively 'clean' crop may be a reason that it hasn't attracted a great deal of attention from organic growers. If you insist upon organic, growing it yourself is most likely to be the best option at this point in time. 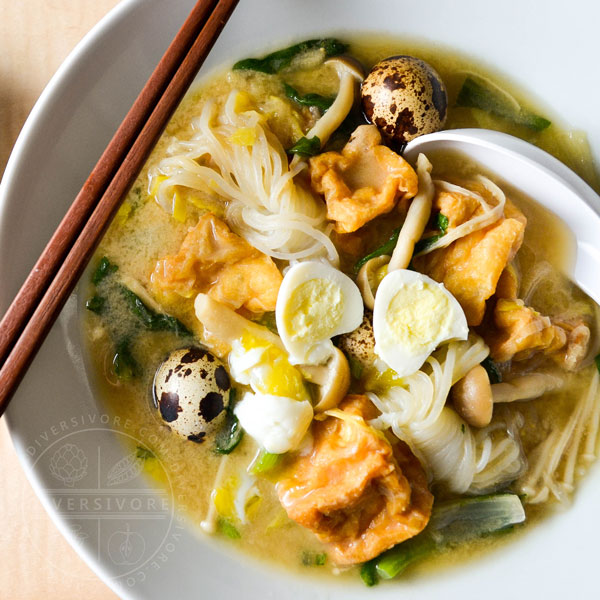 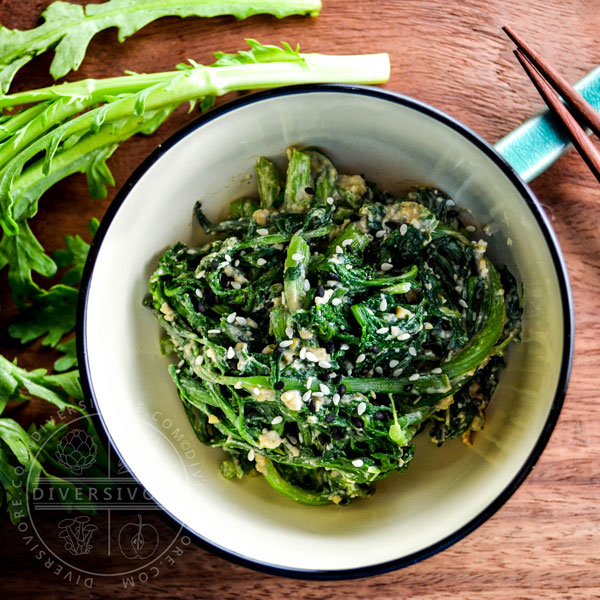